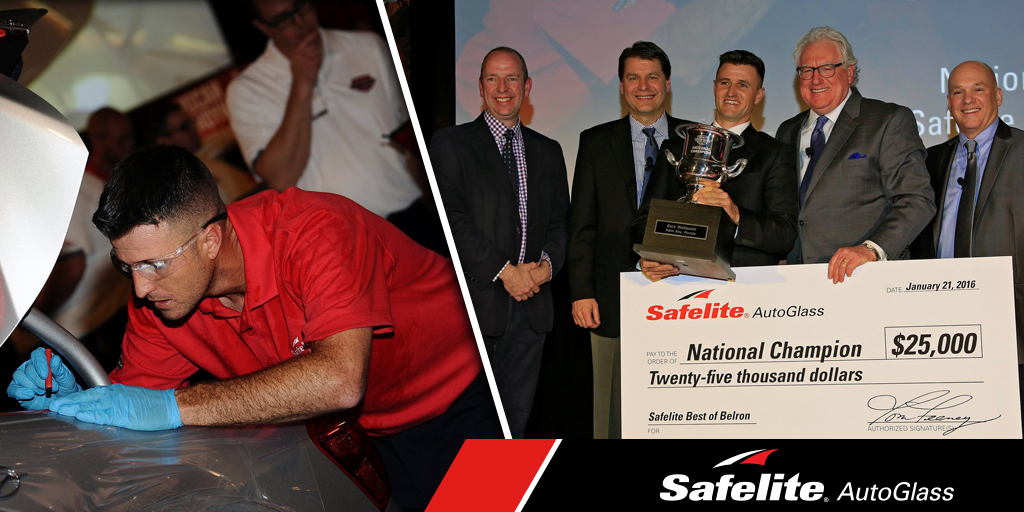 Safelite technician Gary Riebesehl won the 2016 International Best of Belron competition in Lisbon, Portugal. During the two-day event, Gary competed against technicians from 26 other countries to be named the top auto glass tech in the world. Parts of the competition included skills like windshield repair, windshield replacement and window replacement.

Gary, a technician from Florida, had passed up promotions within Safelite so he could take another crack at the Safelite Best of Belron title. The third time at the bi-annual event was a charm for him, as he walked away with the national championship in Phoenix earlier this year before winning the international event in Lisbon.

"I felt pretty good after the competition but I was still surprised," Gary said. "It's an honor to win and to have the chance to represent the United States."

After months of intensive training Gary and the other competitors faced off in the International Best of Belron on May 18 and 19. Congratulate Gary and catch up on the action through the Safelite Best of Belron Facebook page or on Twitter by using #BestOfBelron.